Between universality and particularity 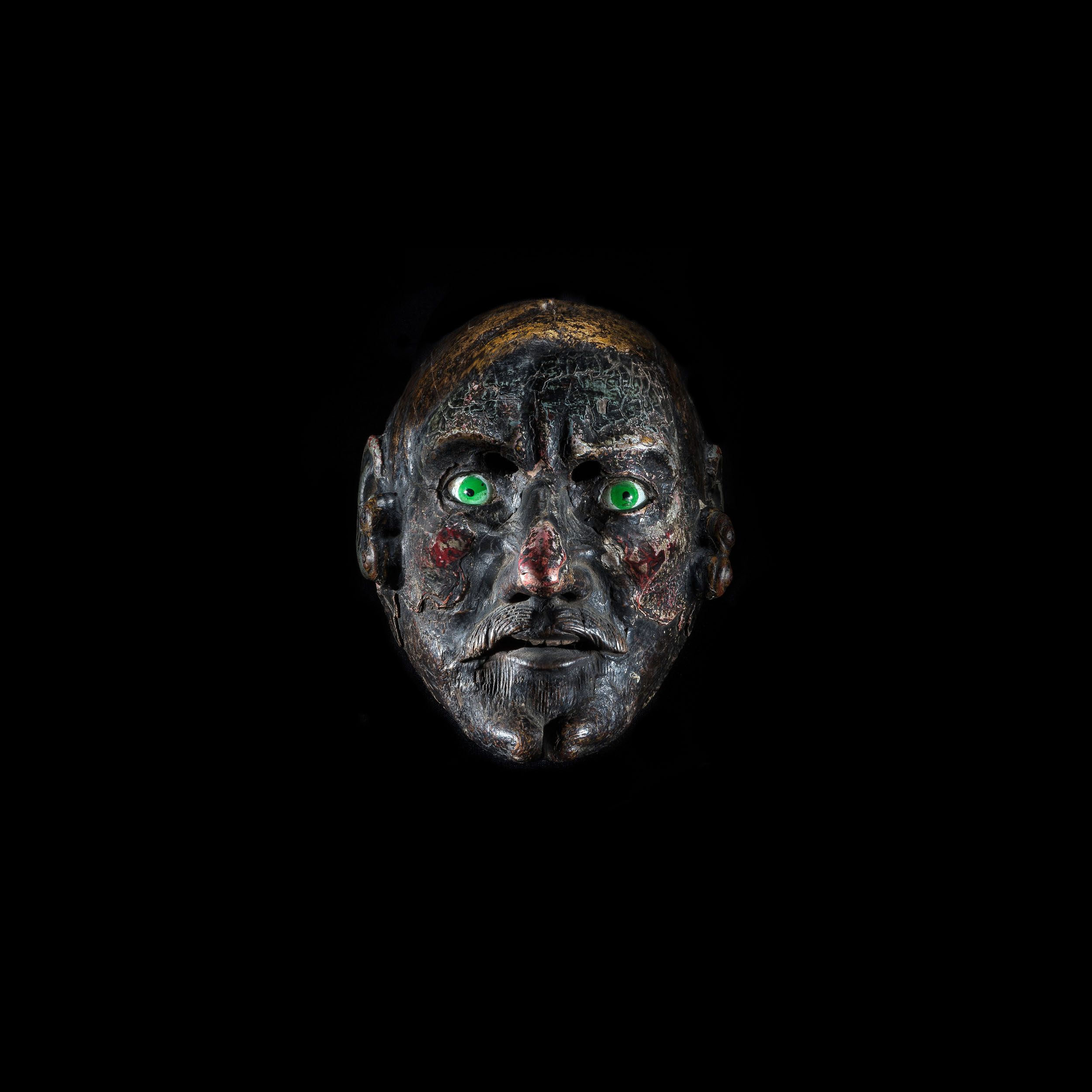 The mask is defined as « a false face with which one hides one’s face for disguise ». Etymologically speaking, the term masca is supposed to be derived from ancient Italian languages and to stand for « hideous and evil being ». It could also come from the Arabic word maskhara (mashara) meaning « to falsify » or « to metamorphose ». The use of the terms maschera in Italian, mask in English and masque in French leads to the assumption that all terms have the same origin. The « mask » in the narrow sense denotes an object worn on the face, on the head or fitting over the entire head and which transforms its wearer’s appearance.

However, the mask is not used in isolation. It cannot be looked at without taking into account the costume, the accessories, the music, the dance which accompany the mask or even any other element modifying its appearance (makeup, tattoos, scarifications, ornaments).

The earliest (visual) evidence of masking practices could date back to prehistory. Prehistoric parietal and portable art, in particular from Europe and Africa, shows indeed that therianthropic figures (half man half animal) have existed for thousands of years. However, when dealing with so distant ages, we need to be cautious. It is impossible to know the (practical or symbolic) function of these « masks » or even of these representations. Although it is difficult to go back to the origins of masking practices, we can note that all around the world they have a long history. They have survived, changed and adapted themselves until our times, both in rural contexts and in urbanized and industrial environments.

The mask is an ambiguous object. It has existed all over the world for thousands of years and is thus universal. However, it can only be comprehended in its local context. When talking about masks, we continuously vacillate between universality and particularity. The mask as a tool for transformation acts on its wearer, but also on the audience (or the public) or even on the environment. It is a mediator achieving its effectiveness through the relations it creates. Indeed, masks provide a framework within which people’s relationships with the environment, with other persons, with gender, with hierarchical structures etc. are negociated and reasserted. These relationships in turn actively participate in the construction of diverse identities ; of course ethnical, regional and national, but also religious, sexual and generational identities. Through its collections and exhibitions, the Museum tries to show these multiple faces of the mask.